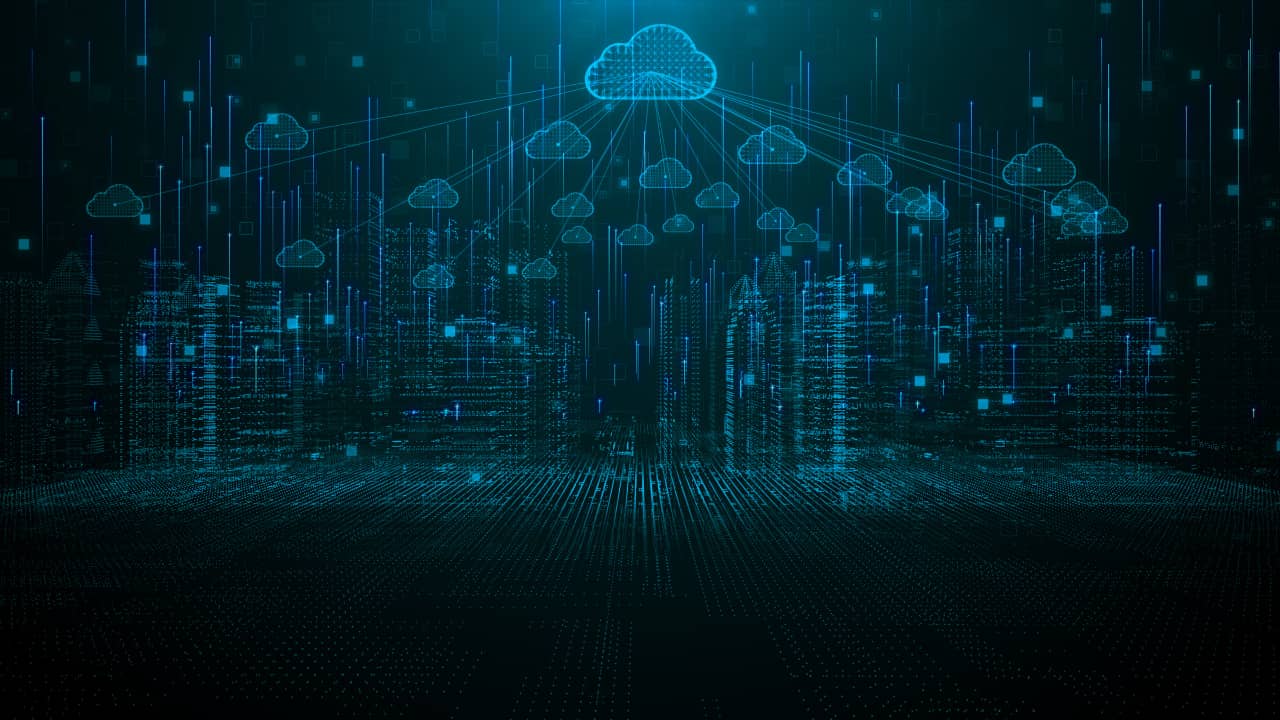 With society and the economy fully digitized, cybersecurity has become a major concern for public institutions in the European Union. This is being transferred to the EU regulatory framework through initiatives such as the CER directive, the DORA regulation, and the ECB’s TIBER-EU project, the latter two focused on the banking sector. Along these lines, the Council and the European Parliament are about to approve the NIS2 directive, an update of the first European standard on cybersecurity, approved in 2016, to implement a common security level across the EU and securitize its strategic sectors.

Once formally approved by the two EU institutions and transposed into national laws, NIS2 will help harmonize cybersecurity strategies across the Union and improve information transfer channels and mechanisms between different countries and institutions.

Below, we will analyze the key aspects of NIS2 and how it will contribute to strengthening the cybersecurity of public and private entities operating in critical market sectors.

1. NIS, a pioneering initiative that has fallen short of the mark

The Network and Information Security (NIS) directive came into being more than five years ago, intending to ensure efficient and uniform protection against attacks throughout the European Union. This legal text focused on three basic issues:

This standard was a step forward in the harmonization of cybersecurity protocols and the strengthening of states’ capacities, but its implementation was difficult and its results were uneven, both in terms of sectors and different countries.

Thus, in several states, critical entities were not classified as such and were not obliged to implement the cybersecurity requirements established by the directive. Thus, there was the paradox that, for example, in one state almost all healthcare providers were covered by the obligations of the NIS, while in another, large hospitals were not included in the application of the directive.

If we add to these limitations the fact that, in these six years, digitalization has accelerated, reaching practically the entire European productive fabric, the need to refresh the measures put in place became evident. The Commission, therefore, launched a proposal to amend and extend the scope of the directive: NIS2, a new common regulatory framework to secure European public and private entities involved in critical sectors.

2. Sectors covered by NIS2 and entities that must apply the directive

Precisely two of the major changes in NIS2 compared to the original directive are the expansion of the number of critical sectors and the increase in the number of entities that will be obliged to apply the security requirements established in the standard.

In the original directive, the sectors considered critical and whose security should be strengthened were:

To these seven original sectors, of vital importance to our day-to-day lives such as energy or banking, the NIS2 has added eight more, including the public sector:

These 15 sectors covered by NIS2 bring together those areas that are crucial for the development of the economy, but also the daily life of all European citizens.

It is also stipulated that this new directive will not apply to entities whose activities form part of the defense, national security, public safety, law enforcement, and judiciary. The same will apply to the parliaments and central banks of EU member states.

2.2. Size-cap rule: inclusion of all medium-sized and large entities

As mentioned above, one of the main limitations of the NIS directive was the decision to give a wide margin of discretion to the states to establish the criteria based on which an organization was considered an operator of essential services (OES).

Therefore, NIS2 introduces the size-cap rule as a criterion for determining which entities are OES. This rule focuses on the size of the organizations. Thus, all organizations that are medium or large and operate in any of the critical sectors covered by the NIS2 directive will be obliged to comply with the security requirements established therein.

In this way, the aim is to further harmonize cybersecurity protocols and strategies and avoid significant differences in the internal market. 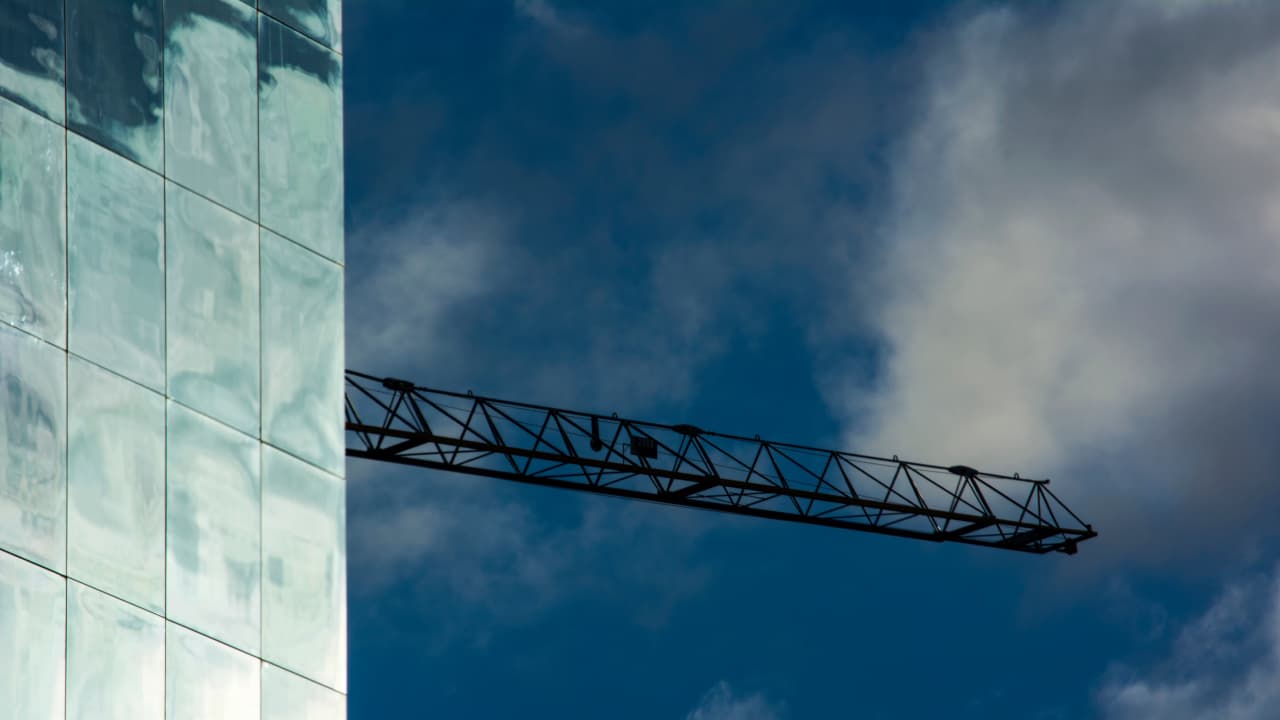 In addition to the extension of the companies obliged to comply with the directive’s rulings and the inclusion of public administrations, NIS2 broadens the scope of the measures contained in the original directive to:

The text will establish a list of seven key elements that all in-scope companies and institutions will be required to implement:

In addition to the measures to be taken to secure the systems of entities in critical sectors, NIS 2 also stipulates a two-stage system for reporting cybersecurity incidents.

Thus, companies affected by such an incident will have 24 hours from the time they detect the incident to submit an initial report. This streamlines the notification obligation.

In the second phase, they will have to submit a final report, at the latest one month later, to obtain more precise data on the incident and contribute to a greater transfer of knowledge. This will help to prevent future cyber-attacks or problems.

In addition to security measures and incident notifications, NIS2 will establish a series of sanctions for organizations that fail to implement the former and carry out the latter.

These sanctions include binding instructions, the obligation to implement the recommendations made by a security audit, and financial penalties, which can be up to 10 million euros or 2% of the turnover of the company in question, worldwide.

States will thus be able to effectively supervise that the measures included in NIS2 are complied with and, if this does not happen, they will have the possibility of using these administrative sanctions.

Inter-state cooperation is at the very basis of the creation and functioning of the European Union. It should therefore come as no surprise that the new directive is committed to creating cooperation mechanisms in such a global and complex area as cybersecurity.

Intending to improve preparedness and response capabilities, NIS2 provides for:

The objective pursued by NIS2 in this area is to improve how the EU prevents, manages, and responds to cybersecurity incidents. To this end, it stipulates the responsibilities of each actor involved, supports appropriate planning, and encourages greater collaboration within the Union.

In the same vein, NIS2 will serve to implement the Cyber Crisis Liaison Organization Network. This network’s mission is to support the coordinated management of incidents whose impact transcends state borders. This is becoming increasingly common as a result of digitalization.

In addition, this mechanism is designed to promote the agile and regular exchange of information between the various competent authorities.

The implementation of EU-CyCLONe will not mean the disappearance of the NIS Cooperation Group, created by the directive still in force. Rather, this collaboration tool will be reinforced in terms of decision-making and increased cooperation.

Beyond the commitment to these structures that strengthen interstate cooperation, NIS2 continues to require each country to have a national cybersecurity strategy. As well as the duty to establish the competent authorities in supervising that the directive is complied with at the national level.

States must also designate the CSIRT, the team in charge of managing notifications of security incidents and crises. And establish Single Points of Contact (SPOC), to centralize information and facilitate coordination with other EU states.

3.7. One more piece in the EU’s cybersecurity machinery

As indicated at the beginning of this article, NIS2 is part of the regulatory effort being made by the EU institutions, from the Commission to the ECB, to secure critical sectors of the European economy and society, and to develop a coherent and effective cybersecurity framework.

Given the concatenation of these projects, it is clear that the European Union will continue to devote time and resources to creating a common regulatory framework for cybersecurity to ensure that companies, institutions, and citizens are protected against malicious attacks and security incidents.

Therefore, companies must be prepared to face all the upcoming changes, comply with EU and state regulations, and have fully optimized security systems. This is especially true for companies operating in strategic or critical sectors. 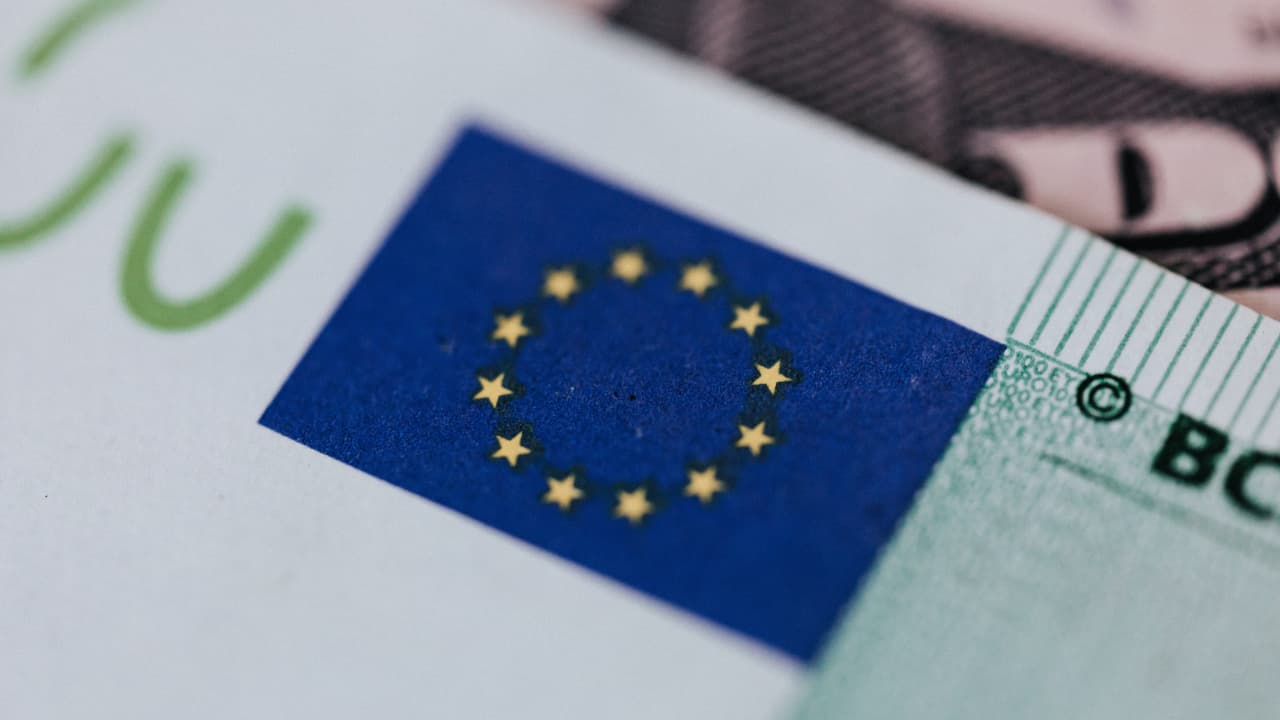 4. Anticipate the entry into force of the regulation

Following the proposal made by the European Commission, the Council and the Parliament have reached an agreement on the final wording of the directive. The next step, which will take place in the coming weeks, will be the final approval of the regulation by the institutions. What do we mean by this? NIS2 is not a hypothesis, it is a reality that is just around the corner.

It is therefore essential that all medium and large organizations in strategic sectors start working on the measures and incident notification systems that NIS2 will make mandatory, paying particular attention to the securitization of the supply chain.

In this regard, organizations must first perform a security audit of all their systems, software, and hardware. They must also hire cybersecurity services such as pentesting to detect all existing vulnerabilities and implement a security strategy to address them.

This strategy must also include mechanisms to prevent new risks and detect and respond to cyber-attacks. And implement measures to secure systems against both external and internal attackers, following the postulates of the Zero Trust philosophy.

Taking into account the importance of the agile and efficient transmission of information in the measures included in NIS2, efficient protocols must also be in place, in which each actor knows its role and which communication channels to use.

Finally, efforts must be made to train and raise awareness among all the organization’s employees, not just those involved in implementing the cybersecurity strategy.

4.1. Going further to get to the future sooner

The directive seeks to encourage the implementation of security programs that go beyond the requirements that form part of the NIS2 baseline.

At the speed at which the world, in general, is evolving, and the digitalization process in particular, cybersecurity will become increasingly relevant in our lives and the operation of companies and public institutions.

For this reason, security and the fight against cyber-attacks must form part of the business strategy, as another core element.

Those companies that make a serious commitment to securing their systems and safeguarding their information will be better positioned to face the future successfully. And to avoid cybersecurity crises that impact with extraordinary severity on the operation of the business and its reputation.

That’s why, at Tarlogic Security, we offer you a wide range of cybersecurity, cyberintelligence, and offensive security services and the experience accumulated by our professionals to detect risks and strengthen the protection of your business assets.

NIS2, TIBER-EU, and DORA demonstrate that the European Union is determined to strengthen its strategic sectors against attacks that can directly impact our lives and leave single market companies exposed. 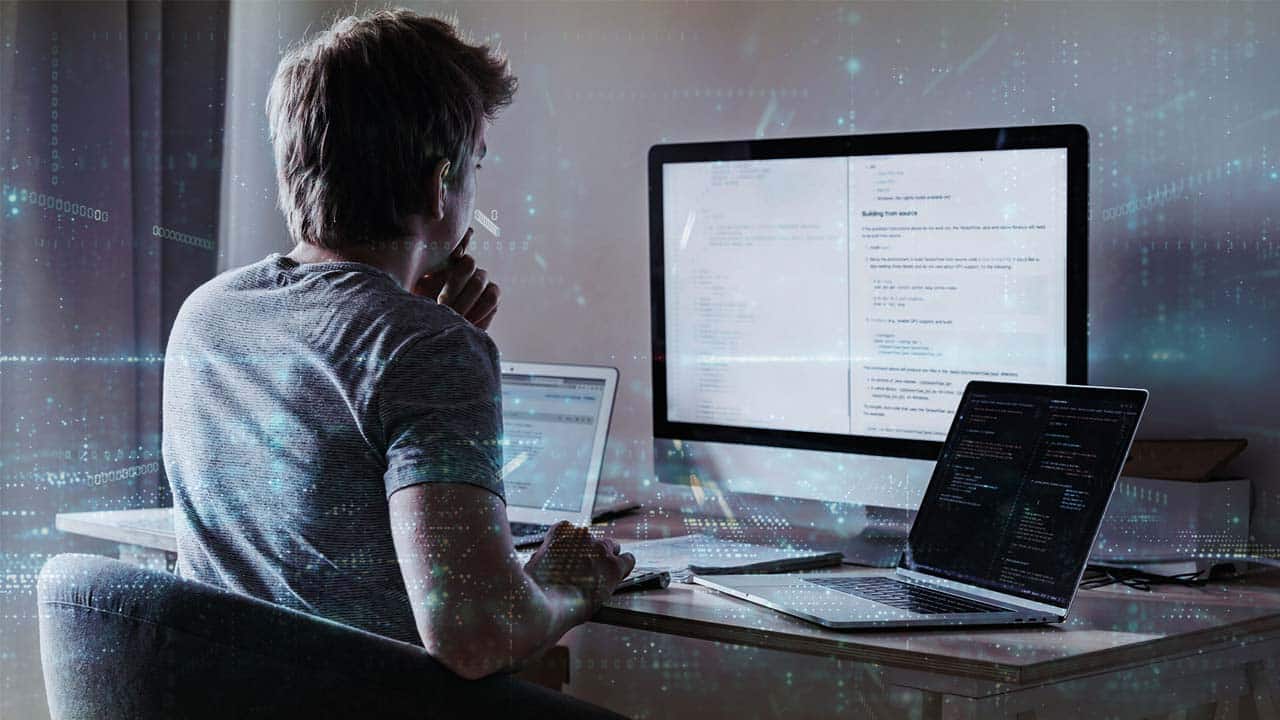 From Ramp Tramp to Doom, 6 things you need to know about reverse engineering 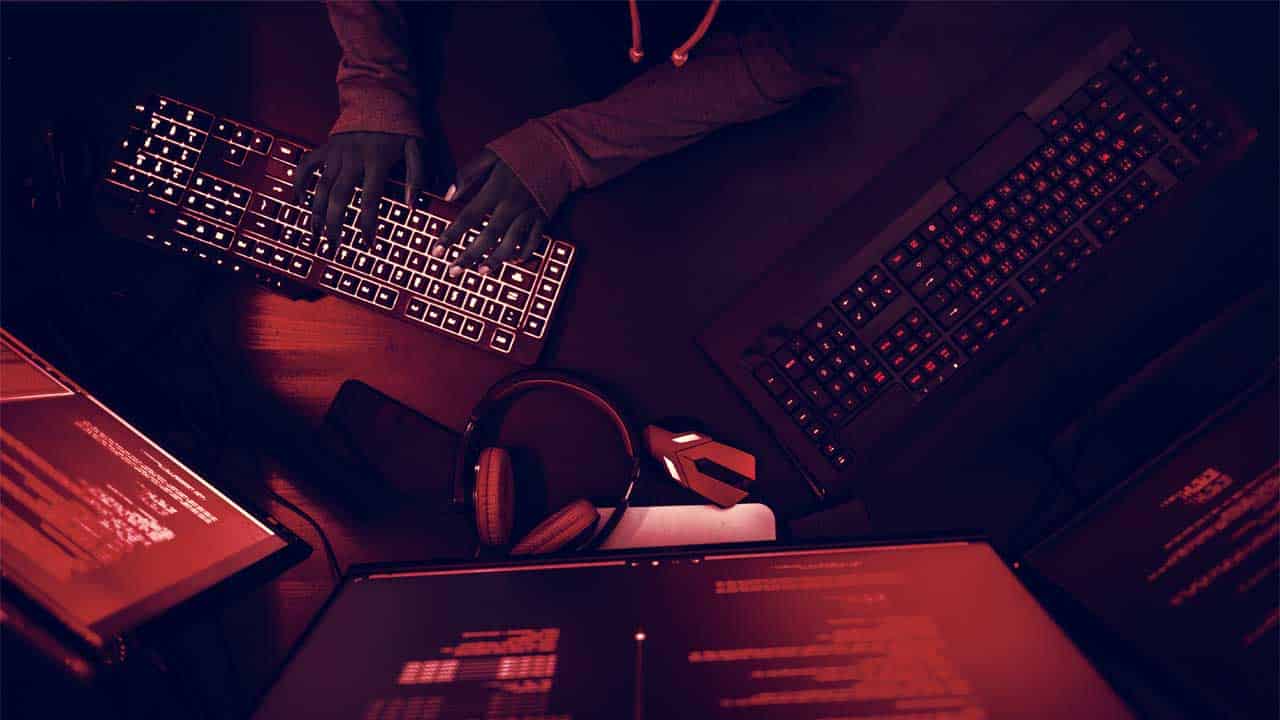