In a Red Team operation, a perimeter asset vulnerable to SQL Injection was identified. Through this vulnerability it was possible to execute commands on the server, requiring an unusual tactic to achieve the exfiltration of the output of the commands. In this article we will explain the approach that was followed to successfully compromise this first perimeter element that was later used to pivot the internal network.

The starting environment is an ASP application that uses a Microsoft SQL Server as its database engine.

The vulnerability is quickly located because, when inserting a simple quotation mark, an ODBC Driver error is displayed on the page indicating that the closing quotation mark is missing. After several failed attempts to form a valid query or SQL expression (e.g. concatenation with the”+” operator), the option of the injection point being a parameter in a stored procedure call is considered. To confirm this, new parameters are introduced by injecting a comma, which effectively causes an error due to an excess of arguments.

Error caused by the passage of too many arguments

As the documentation specifies, the parameters passed to a stored procedure must be constants or variables, so typical union-based or blind techniques cannot be applied. The alternative: the use of stacked queries, supported by default in ASP environments with SQL Server.

Stacked queries consist of the execution of two or more SQL queries in the same transaction, separated by the semicolon character. In this way, it is possible to dump information from the database using time-based techniques:

In this case, the web application does not handle critical information or users with greater privileges, so the Red Team proceeds to investigate new ways, such as the execution of commands.

In MSSQL, there is a procedure called xp_cmdshell that receives a command from Windows, executes it and returns the result as rows of text. The problem in a scenario like this is that the output will never be returned to the user, since the injection no longer occurs in the original query. Therefore, to check that the commands are executed correctly, a by-default Windows utility is used: certutil.exe.

This command, whose original utility is the management of certificates, can be very useful in a Red Team exercise for many reasons:

In our scenario, it will be used to make a HTTPs request to a web server controlled by us, so we can confirm that the command was actually executed.

Our server receives a request with User-Agent “CertUtil URL Agent”

Although the most common case is that the user of the application does not have permissions to execute the xp_cmdshell procedure (by default disabled), it has been seen on several occasions that, due to a bad configuration, it does have permissions to enable it. In that case, the following queries could be used:

From here, we’ll see how to exfiltrate the output of any command executed.

At this point we can execute system commands and make HTTP/s requests to a web server controlled by us. Mixing these two ingredients, it is trivial to exfiltrate information by sending a GET request to https://redteam/[codified_information]. In this case, Base64 is chosen over hexadecimal, because it allows to save more information in fewer characters.

The procedure to achieve it is as follows:

There is no direct way to perform steps 3 and 4 in T-SQL, but they can be sorted out with two little tricks:

To perform this encoding there are other alternatives, such as the use of XQuery.

Putting all the steps together in T-SQL, they would look like the following:

When reading the table containing the result of the command, the collation has been taken into account, since the compromised server returned information such as letters with accent mark that spoiled the Base64 encoding.

Request log containing the output of the commands in Base64

Also, when decoding Base64, it must be taken into account that, since it’s a Windows environment, the output of the command will be represented in Unicode.

Once we have the ability to execute and view the output of any command, we proceed to automate the process. To do this, the Red Team developed a tool that offers the user a prompt to enter a command. Then, it generates the payload needed to run it while a web server is deployed in order to receive the result. Finally, it decodes it and displays it on the screen.

We have seen how a perimeter asset that a priori did not handle critical or useful information to carry out an intrusion, has allowed the Red Team to turn it into a stepping stone to pivot to the internal network of the target. For this reason, it is important to consider the need for a hardening process and the creation of alerts for this kind of exfiltration, and not just periodic vulnerability audits.

From N-day exploit to Kerberos EoP in Linux environments 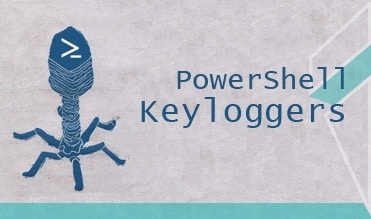 How to create a keylogger in PowerShell? 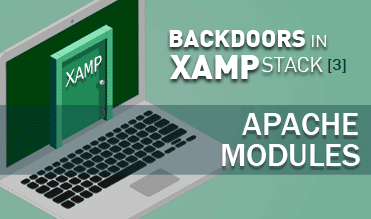